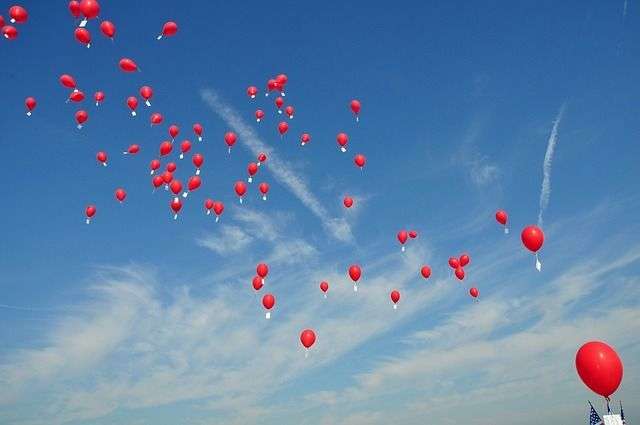 As an agency leader, you should pay attention to early signs of a wrong client-agency fit. But if you’re like me, the (desperate) need for a good annual retainer might come in the way of accepting those signs, and you fall for it. So you allow some loosening of the definition of the Ideal Customer Profile for your business.

What’s the Ideal Customer Profile for our business? For our account based marketing services, some of the characteristics we look for are:

The client in question checked off on all those accounts, except for one. They were a startup inside an enterprise, so they were a 40-people company inside a large organization.

Zukk…hear that? The sound of the loosening of the definition of our ICP.

Who calls the shots?

We also have other requirements for the ideal customer persona. We must be in touch with the CEO. Well, in this case, we had the Co-founder who was also the COO. Which we thought was good enough. Except, that the co-founder of a startup within an enterprise, has a CEO from the mother company calling all the shots. I should have asked if he, the Co-founder, would have the final say on matters? I didn’t. If I had, I might have heard an answer like this, “Yes, I will be heading this project. But we will be answerable to the CEO.” And that might have made me ask a few more questions about how that would pan out.

But I didn’t. I assumed—yeah bad word there—that he would have the final say.

That’s my first learning. If we knew we had to have access to the CEO, or clarity on her expectations from the project, we should not have ignored this requirement. We should have diligently followed up on the questions and got the answer we were looking for. So we ended up trying to meet the expectations of the Co-founder, when all along his boss’ expectations were something else altogether. It had to end!

Do they know what they want?

We asked, “What are your goals?”

“For now, we need to have a redesigned website with updated content. And we need it fast.

And then we need to start on content generation for one segment of prospects, and work on SEO, social media, etc,” he answered.

We continued, “That’s good. By end of year, what would you want to have achieved?”

“We are not sure yet, as the product uptake in the market is in early stages. So we can’t define it yet,” he said.

Ding, ding, DING. Warning bells ringing right there. And what did we do? Yeah, we ignored.

But we still asked, “How will you get to know?”

“Our new sales and marketing head is joining our team soon. He will help us figure this out,” said the Co-founder.

Well, what can I say, we still ignored it.

Do they have a SPOC?

One of our Ideal Customer Profile requirements is that the client should have a SPOC, who will be able to move things for us within the company. This person gets us information, connects us to subject matter experts, sets up calls, sources and consolidates feedback for us.

And hire they did. Except that the SPOC had ideas of his own of what the whole engagement should look like, and called the shots on a daily basis.

“How do you use a Google spreadsheet?”

Groan! And because he only vaguely understood social media, he spent all his time ensuring we were doing things for social media. So our strategy, our execution plan was pushed back on a daily basis. Every day was a fight to stick to the weekly plan, but social media tasks would end up eating up our time.

The reasons we said we needed a SPOC? Well, those never materialized either. Little information gathering, no feedback streamlining, near zero access to SMEs.

Do they have time? If they don’t, will they give you a free hand?

We know CEOs and heads of sales and marketing don’t have much time on their hands to focus on their digital marketing initiatives. But can they plan for it? We have recurring fortnightly or monthly calls with extremely busy leaders in client companies. Sometimes they decline the meeting, most times they show up. That’s how things move, new initiatives get kickstarted.

Here, the Co-founder said he wanted to be closely involved and would give the final approval on content, and had marked out weekly slots for this. We were okay with that, because in the initial stages, even we need to go through a few iterations to get fully aligned with the client requirements.

He said he had marked out time every week for this. But clearly it meant nothing, as he is always busy. Always traveling, always in the middle of something. So effectively we received too little feedback, too late.

And no, the SPOC couldn’t fix it. The culture of the company disallowed it.

At one point, we said we needed a free hand to experiment. So for about 40 days, we got a free reign and came back with some great learnings about the way forward.

By then it was too late. The CEO had wanted to see money coming in, and all he could see was money being spent. We got a five minute window with the CEO, and showed the ROI thus far. Which was pretty good, given the lack of feedback, lack of movement, lack of ad budget approvals we were saddled with. But of course, why would the CEO care about his team’s issues. Fire the vendor, right?

There were other warning signs too…

Like we never ever received the signed contract copy. In India, one works on trust a lot. So we waited and followed up for 2-3 months. And kept doing that. Then gave up, once we figured out that this team had no intent to continue with us in the long term.

Everything was our fault, even them not looking at the Asana boards, or not replying to urgent mails, or ignoring our follow-ups for feedback. Granted, we also made mistakes. But we also corrected them. We discussed, argued, even fought with them, but clearly there was no respect for anything. Very early on, we should have walked out.

Why didn’t we? Because as a team we felt, we could do wonders with our inbound marketing approaches and show them real results. Would you say 61% conversion on organic leads was good? We think it was.

So how did it end? The Co-founder figured that he needed to get his house in order before he could have an agency working on their inbound marketing tactics. So he has given himself three months to do that, and then discuss the way forward with us.

We will not be considering it, of course. Thanks, dear client, it was a learning experience.

But we have also learned not to repeat the mistakes.

Starting with B2B Account based Marketing? What’s your Positioning?

Here’s a lead we received last week for B2B account based marketing services. It was from an IT services company with nearly 400 employees, providing
Suma EP

What You Can Learn from Early Stage Account-based Marketing Programs

If you are starting on account based marketing programs, Demandbase has some lessons for you in its 2020 ABM Market Research Study: What separates
Suma EP

When is Account Based Marketing Not the Right Approach for You?

Back in 2016, Niswey took its first steps with Account Based Marketing when one of our key clients shifted their focus from mid-size companies to
Suma EP

Awesomeness in Your Inbox