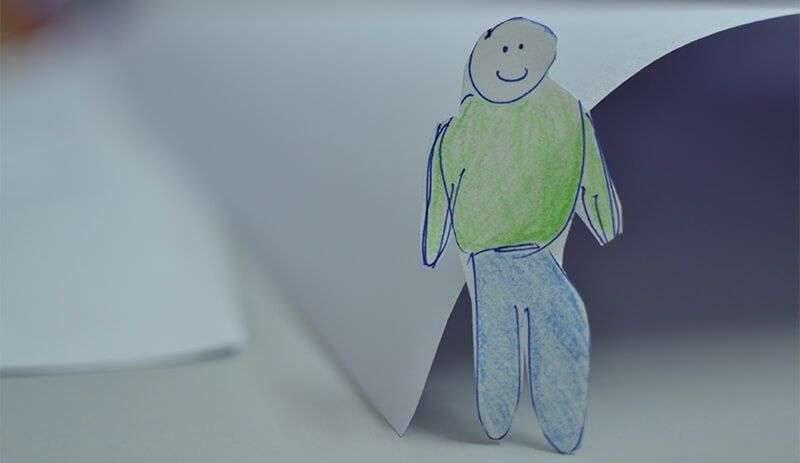 Behind the Scenes of a Stop Motion Video

“I think we need 3 legs and maybe another set of arms.”

“Do you want me to cut their legs off?”

“So, the shark is going to eat them and they’ll rip it in half from the inside and step out?”

All of these sentences sound like they’re something out of a serial murder mystery novel. Maybe not the shark part, that’s something right out of a Jaws movie. However, that’s pretty much how the Design team at Niswey sounded. I mean, we are a little cuckoo, but not to the extent of Jack Torrance from The Shining cuckoo. All of this is justifiable, though.

The Design team at Niswey wasn’t planning a murder but instead had decided that it’d be fun to create a stop motion video. Now, when I say fun, what I really mean is that it was a fun idea, and it was fun to watch the end result. The making of it was, however, a bumpy road with twists and turns and papercuts.

However, without much debate, the answer to both the CAN and the SHOULD turned out to be a yes. If I was any good at foreshadowing, this is where I’d add a metaphor about the perils of stop motion video.

Now, before starting any design project, you need to be clear about what you’ll be producing. What will the design, in this case, the video, be about. The new year had just passed, we were on a “New Year, New Me” high, with a ton of new goals. So, why not commemorate 2016 in which we had such magical experiences? Why not!

The story was going to be of Niswey’s journey in 2016. A fine year for the Niswey lot. What helped was that it had major telling points. Otherwise, what is a story without anything to tell? A pretty boring string of sentences, that’s what it is! And let me tell you, we’re no cats who like playing with strings. (What?)

Anywhooo, Suma decided to whip up a short story about Niswey’s 2016. After initial recordings, we decided to trim it down a little so it fit under the 2-minute time-frame. Why you ask? Because the human mind has an incredibly short attention span. Tis a sad reality. But, now we had a story that the Design team could work with! All hail the Story-Telling Gods!

The Story and Its Board

We had a story. The next logical step was to visualize how it’ll play out in stop motion. The Design team sat down and each drew their own version of the story. After dabbling in some stick-figurine art, the Design team had a storyboard ready. All hail the Storyboarding Gods…?

While stick figures are amazing visually and fairly easy to draw, we thought it’d be fun to make life a little harder. After all, we were still riding the “New Me” high. And who is the “New Me” if not accepting of challenges?

The Design team came up with a few variations for the characters. During which I made a lovely lifelong friend Mr. Noneck Fernandez. His adventures are yet to be chronicled. Once the characters were finalized, the design team thought of an efficient way to cut down their drawing time and replicated the characters on good ol’ Photoshop.

Mr. Noneck Fernandez during his escapades through paper caves

Right about now is where the foreshadowing would’ve come true. While, we had the storyboard clear in our minds, bringing it to reality wasn’t a piece of fluffy chocolate cake. Let’s all take a moment and think about chocolate cake.

Great. Welcome back. Now, chocolate cake, sorry, the characters had to be of four sizes. Huge, Medium, Small and Tiny. Yes, we chose to name the size Huge and not Large. Learn to deal with it. Now, each size had to have the corresponding set of arms. So 2 Huge characters had to have 4 Huge arms. I think we all felt like flippin Math majors during this part of the production.

But, wait, why did we need 4 arms and why weren’t they attached to the body in the first place?

Because we’re showing human beings and they move their arms! We needed to show movement and without printing out a bunch of different movements, we thought it’d be easier to have detachable arms, so we can show any movement we like.

Once the math of it all was figured out, and the body parts printed. We went ahead and cut out all of the characters and their corresponding body parts. If you want a free eye exam, try cutting out a Tiny arm for a Tiny body. It ain’t as easy as it sounds, bucko!

After a lot of internal screaming and crying, the characters were ready. Needless to say, our eyesight has been irreparably damaged. But, we had cute little characters! It’s all about the little joys in life.

The rest of the props were made and finally, we started the shoot.

We set up the camera and the canvas for the video. This is where our props would play around and tell Niswey’s 2016 journey.

If you’re planning on making a video yourself, remember this helpful tip: ugly crying doesn’t solve anything and always, always have a storyboard ready. It may seem like a small step, but this is where it’ll come in handy.

We followed the storyboard and made our characters come in and out, jump up and down, move it all around as per the storyboard. No thinking required! Move character and click. Move tree and click. Pretty simple.

The major part of the video was done. We had all the necessary shots to create a fabulous stop motion video. Now all that was required was syncing the voice-over to the video. How hard could that possibly be? If I had to compare it to something, I’d compare it to cutting lemons with a butter knife. Clearly plausible and a seemingly easy task. Until you’re squirted with lemon juice in your eye (based on a true story).

After getting almost everyone at Niswey to send a voice-over for the story, we narrowed it down to a couple of voices. It took about 4 different variations till we hit the mark. The video was finally shot, synced and delivered! You can check it out right here.

I can safely say that the making of this video made me feel as if I was riding in the front seat of the Intimidator 305 roller coaster.

However, that shouldn’t stop you from making your own and experiencing a magical journey filled with achievement and a little nausea. Because let’s face it, all good things come after working your butt off and cutting a ton of paper.

From an MBA in Finance to a Content Marketing Intern

The One with the Four Interns

February through May 2017 were very interesting times at Niswey. That’s because we were hosting four very special people, who brought with them some
Nilanjana Dey

Why Niswey’s First Offsite Was Magical

“At the beginning of the year, when you write down all goals you want to achieve and read that list regularly, you would’ve achieved all of them by
Rajat Taneja

Awesomeness in Your Inbox